A selection of odd, interesting and nice birds from Romania (September 2008) 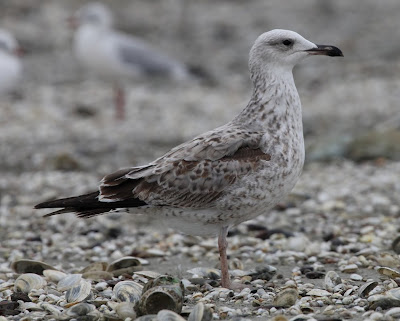 I struggled to identify this very interesting bird. Its extensive covert moult is unusual in cachinnans at this time (mid September) and the jizz is not immediately obvious as belonging to this species. Note that the bill is heavy-ended, very atypical of cachinnans. However, it gave the long call of a cachinnans! In mid-winter this bird would probably go unnoticed in a flock of heuglini in the Middle-east. An important unresolved question is how much reliance can be placed on call: what do hybrid cachinnans x michahellis or cachinnans x argentatus sound like? [My thanks to Ruud Altenburg and Hannu Koskinen for discussion about this bird] 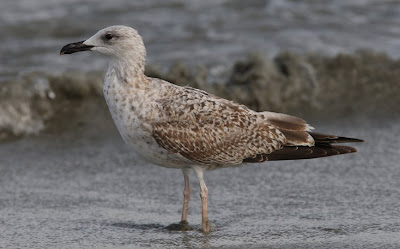 A slightly odd bird, presumably michahellis, Mamaia. This bird (shown in flight below) does not quite match the textbook michahellis; e.g. its tertials show a rather complicated pattern of white on the distal third of each feather and its greater coverts show a pattern rather intermediate between classic michahellis and cachinnans. Also note that the inner primaries are somewhat paler than on many michahellis. On balance it is most likely just a michahellis, bearing in mind how variable this species is. [My thanks to Ruud Altenburg and Hannu Koskinen for comments on this bird.] 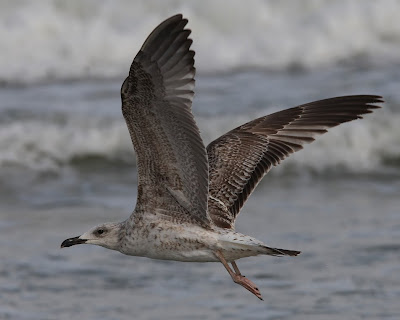 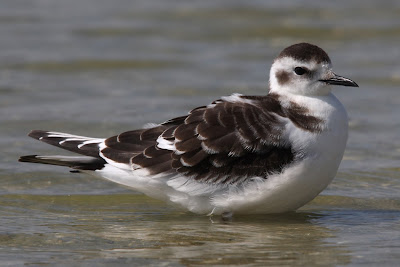 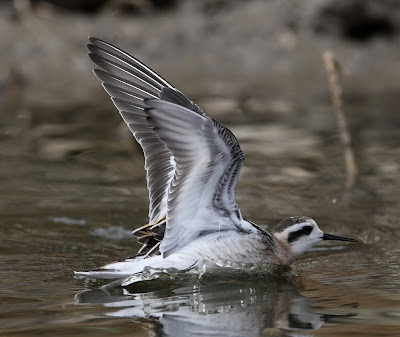 Red-necked Phalarope, Vadu. Pictured here defending a patch of water from another individual. 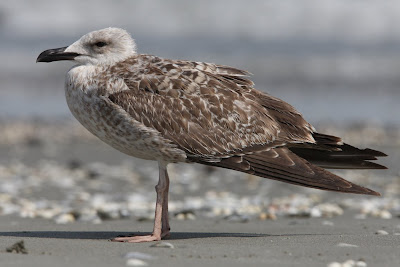