Gulls on the Black Sea coast

Left the freezing fog of Bucharest and arrived at Mamaia to be greeted by large gull flocks on the beaches. Great. 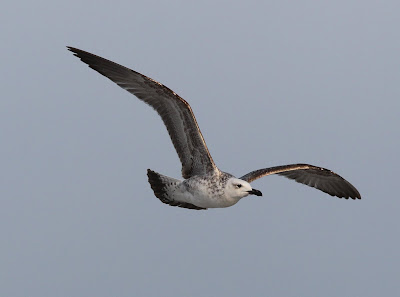 This was the most interesting gull of the day, but unfortinately it was only seen briefly in flight. 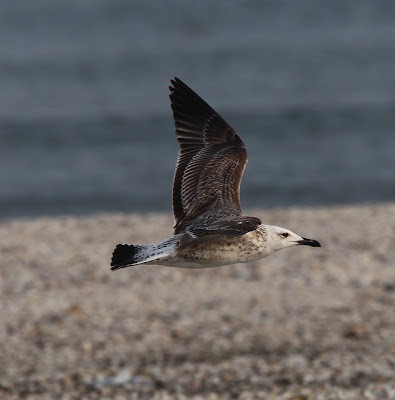 It appears from the plain and dark inner primaries to be a 'Lesser Black-backed Gull' subspecies! But appearances can be deceptive - many cachinnans have rather dark primaries and when the feathers are not spread at all, as here, any pale on the inner webs is not visible. 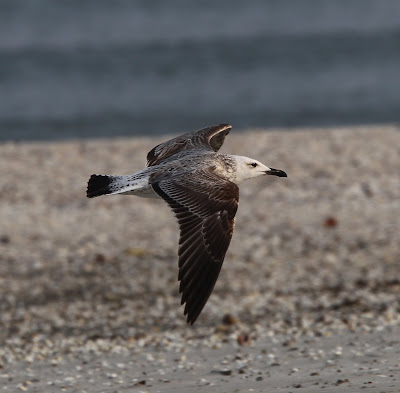 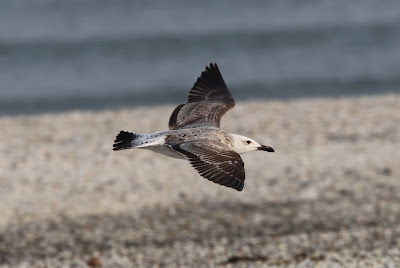