The bird currently in Scotland (the 'Dunbeg Gull') is really forcing our understanding of Kumlien's-Thayer's ID. This post shows a few birds that might help the discussion. First are some examples what I think are acceptable Thayer's (birds 1 to 6), all from California. These are followed by some problematic cases. 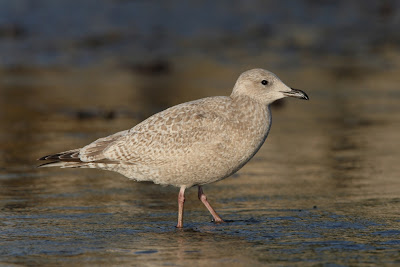 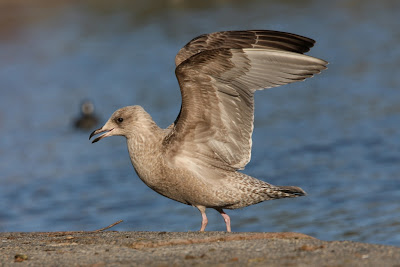 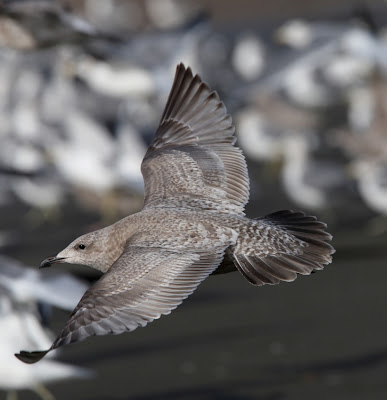 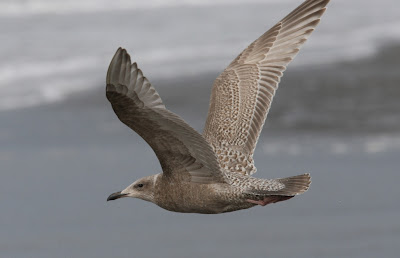 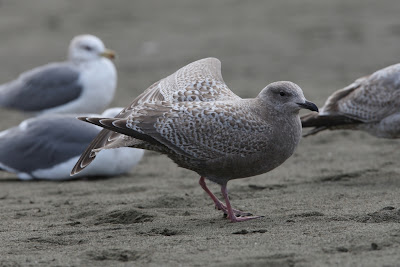 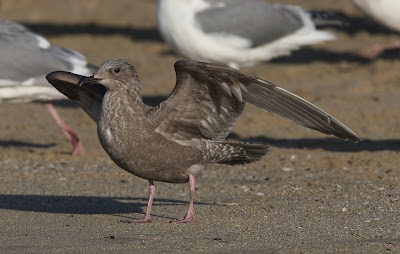 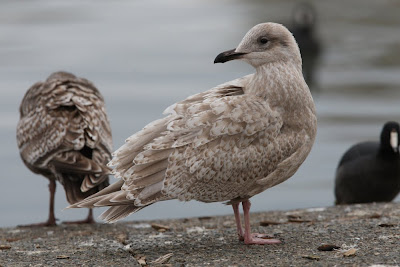 Bird 7. Looks like Kumlien's but it is at Petaluma, California! 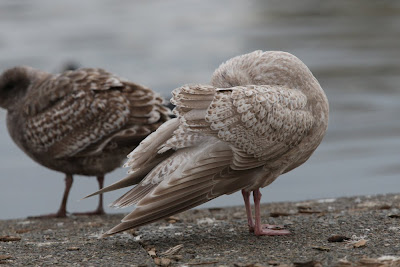 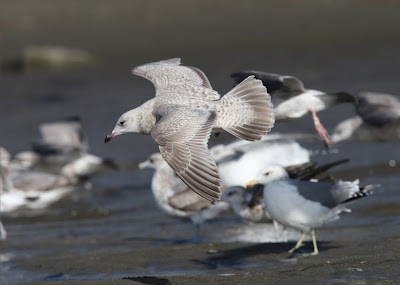 Bird 8. Another pale bird from California (January). It is rather fresh so pale tones are true pigment rather then wear/bleaching . To me more likely to be pale Thayer's, but clearly would not be acceptable in Europe. 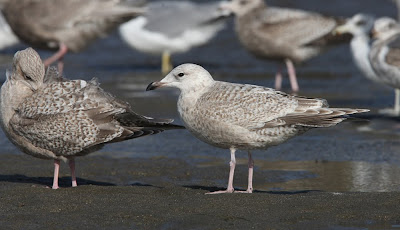 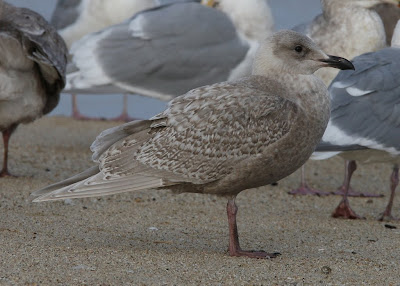 Bird 9. California. Not sure what this is. Looks more like a Kums, but could be some large gull hybrid combination (maybe some Glaucous-winged genes?). Arrowheads in prims indicate that it is not/should not be ID'd as Thayer's 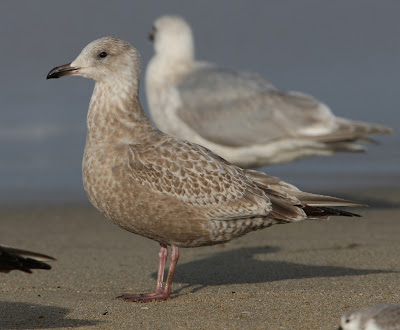 Bird 10. What I think is a pale end Thayer's. Very like an Irish bird from a few years ago that was considered unidentifiable in a European context. 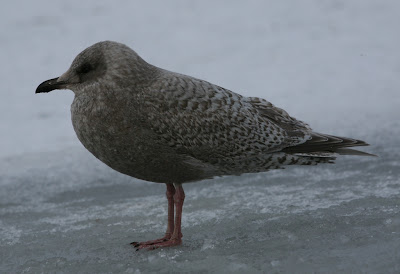 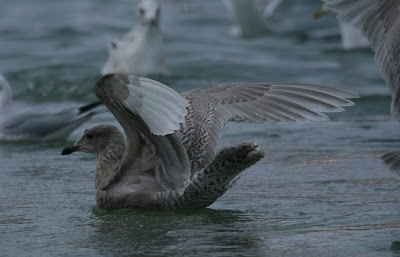 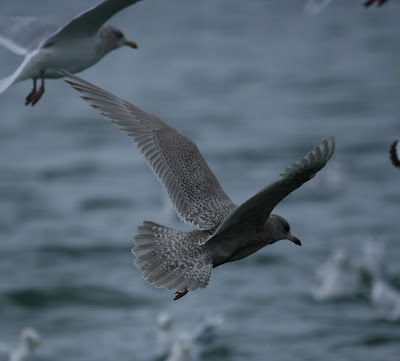 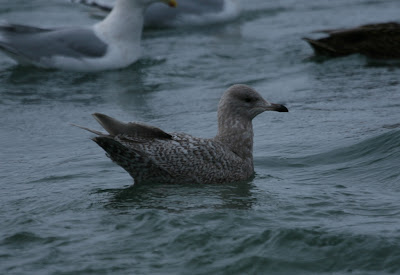 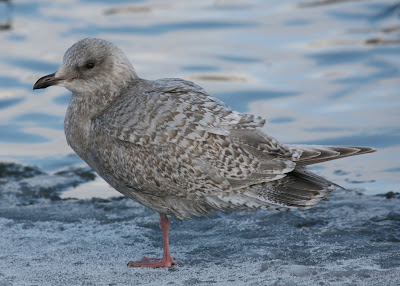 Bird 16. Darkish Kumlien's Newfound. Despite being darker than average, this and the other NF bird never quite manage to look like Thayer's (in flight, their wings are rather too uniform). But there are darker birds out there - Dave Brown who lives at St Johns has some really scary pics. The birds that really throw me are the paler Californian ones that look like mid-paler end Kumien's.