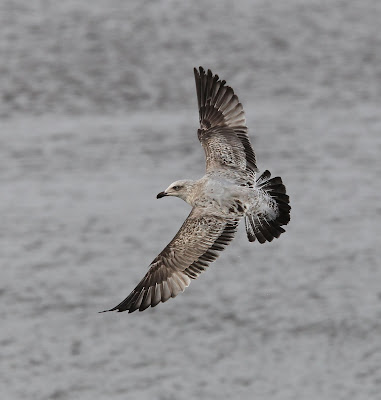 This is another example (several already this winter) of a rather dark tailed second winter Herring Gull. It appears to have moulted out some of the more barred upper tail coverts, so feathers here are a mix of white and barred ones. The same bird is shown below. 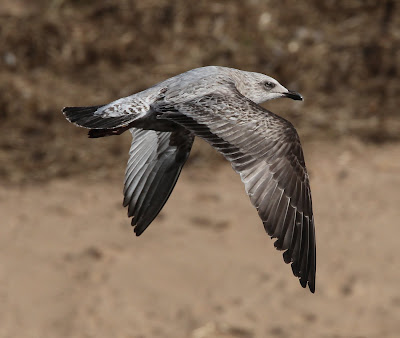 The same bird as above. Just a rather typical 2w herring, except for the tail. 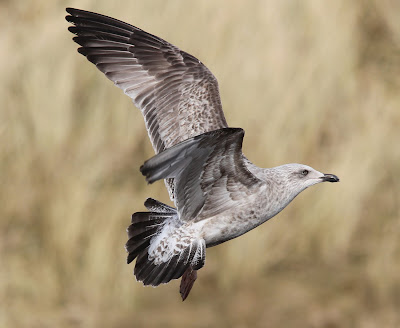 The same bird as above. 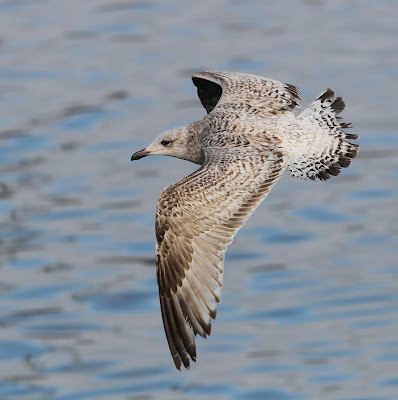 Gull watchers in USA are on the hunt for Vega. Key to this, especially on the east coast, is separation from European Herring. Various subtle ID features have been mooted for Vega in first winter plumage, but before this we need to fully appreciate the variability in Herring Gulls. This small contribution illustrates differences in overall colour and especially the tail and rump patterns of Herring. The bird above is rather white tailed, with a narrow dark terminal band and and 2-3 clear bands more basally (formed by dark crescents) - overall, a pattern rather like a Rough-legged Buzzard. 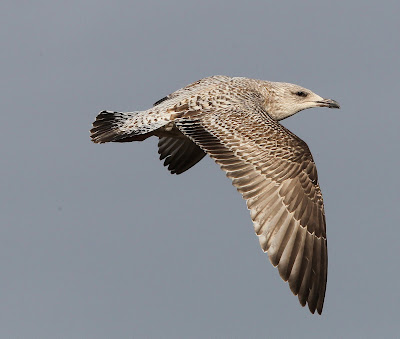 A rather everage tail and rump pattern, with the dark terminal 'band' more than half of the total tail area and white restricted to basal triangles 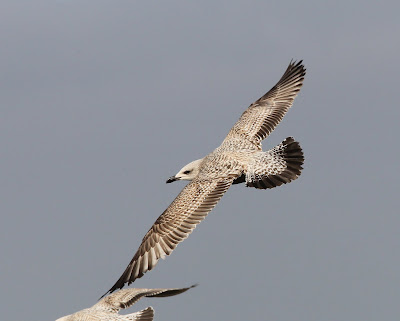 Slightly more than average black in tail, and a well barred rump and upper tail coverts 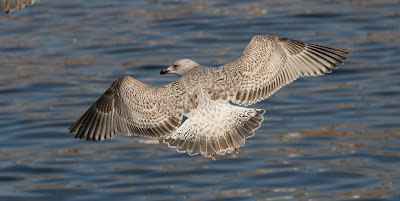 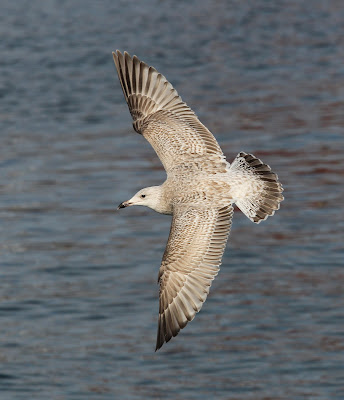 The same milky bird.
ALL OF THESE IMAGES WERE TAKEN AT PETERHEAD ON SATURDAY 5 MARCH

lovely pictures! I am raising a herring gull chich, he is now 4 weeks old, planning to release him in about 3 weeks. They are very beautiful birds and your photos show this well.