I was working again in Catalonia during May. I joined Albert Cama, Joan Ferrer and other local birders on a boat trip off Tarragona to look for seabirds, and also visited Lleida rubbish dump to watch Black Kites. I also took-in Ivars D'Urgell (15 km East of Lleida) where, among other things, several Black Terns were present. This post shows a selection of birds from the trip. Great thanks to Albert for organising the boat trip, and to Joan for all the hard work 'chumming' while free-loaders like me sat back and took photos. Thanks guys... 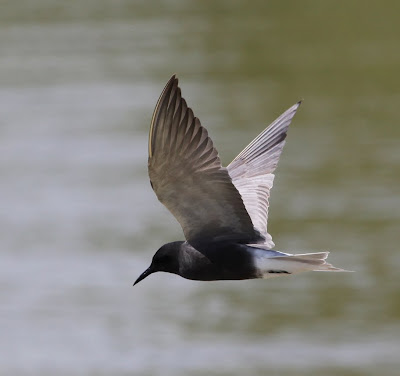 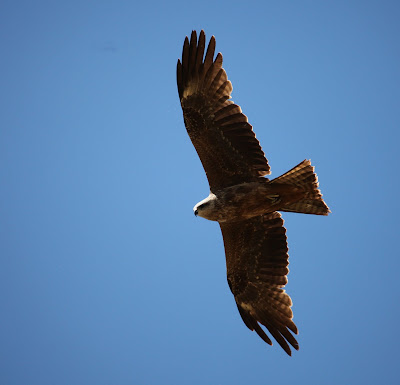 A selection of Black Kites 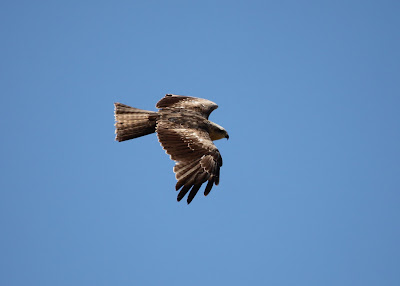 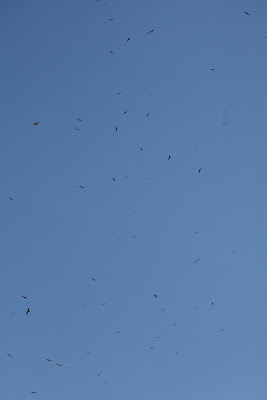 During summer there are always good numbers at Lleida dump, and this photo shows a kettle circling high in the air. 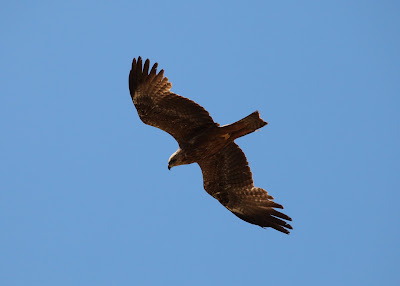 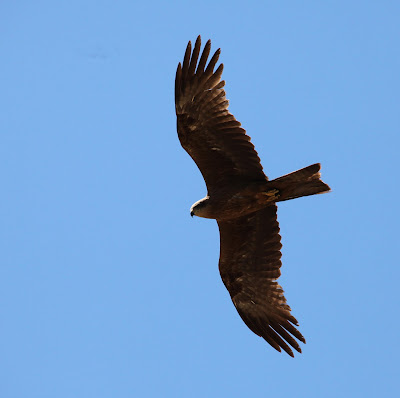 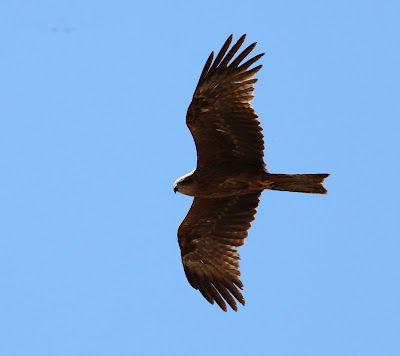 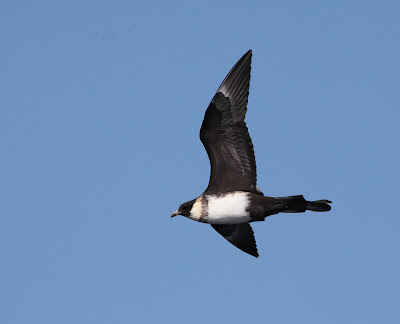 The highlight of the Tarragona pelagic was undoubtedly the Pom Skua flocks - absolutely fantastic.... 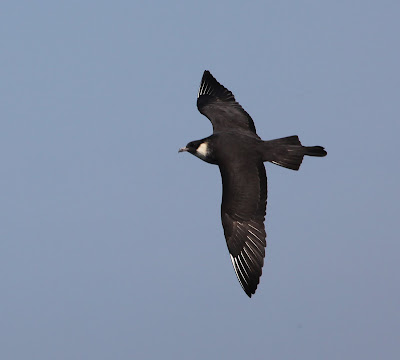 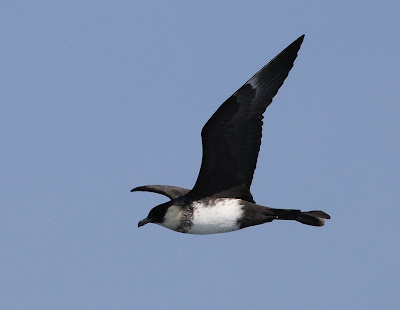 Steppe Gull 'barabensis' is the numerically dominant large gull wintering in UAE. This post shows some adult barabensis (and one or two heuglini) photographed in UAE in March of this year. 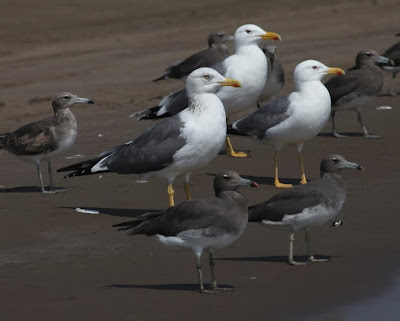 For comparison: two barabensis standing behind a heuglini. The later primary moult of the heuglini is evident (P10 is still regrowing and so the mirror is visible on the underside of the far wing but is level only with the P6 tip of the near wing). 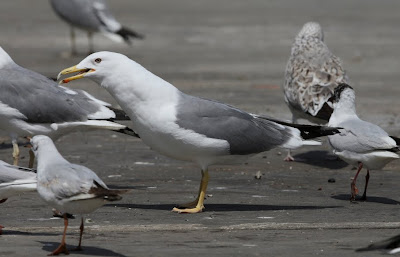 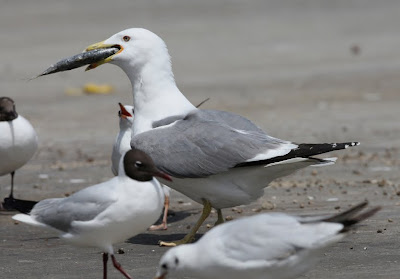 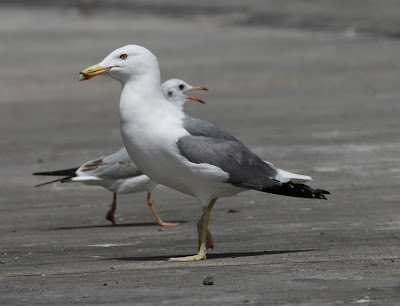 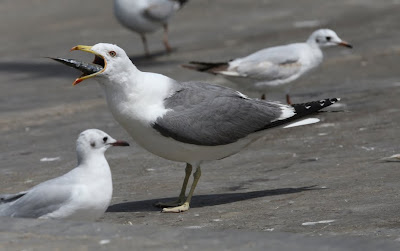 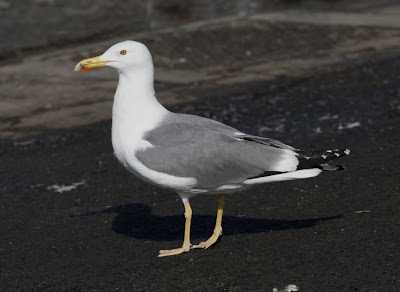 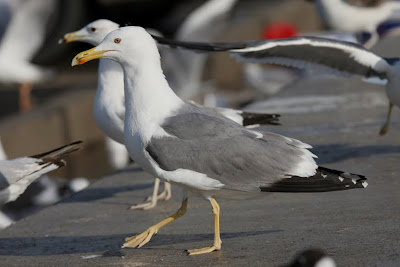 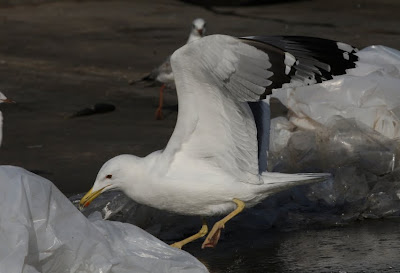 Showing wing pattern. P10 has a silvery tongue which varies in shape and length - this is the longest I photographed 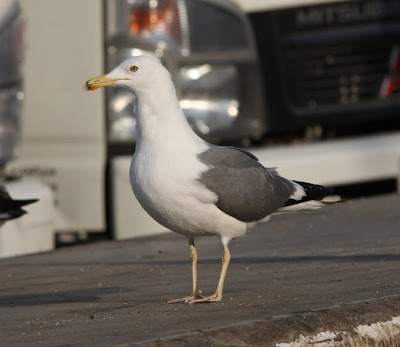 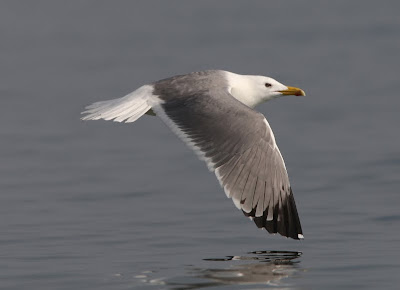 The number and size of primary mirrors varies: this has only a small mirror on P10, while others also have a mirror on P9. The most frequent pattern is for black to extend inwards to P5 as a broad black band, very like michahellis. Many, like this bird, also have a black spot on the outer web of P4 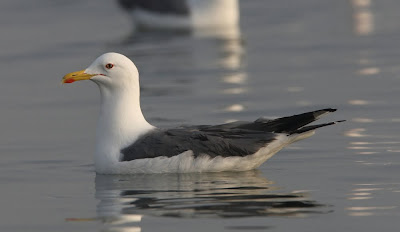 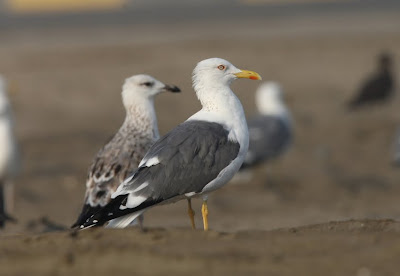 A heuglini for comparison. In March many heuglini are shaggy headed, show neck spots and are still regrowing P10 so are rather different to barabensis. 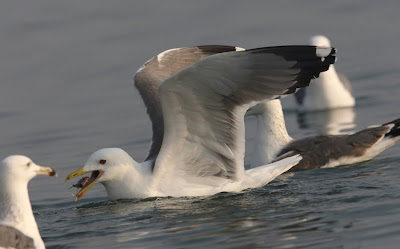 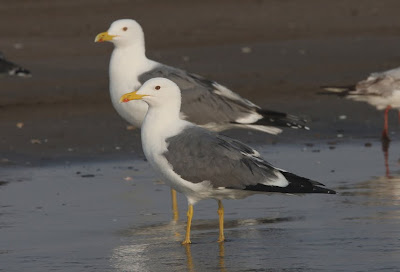 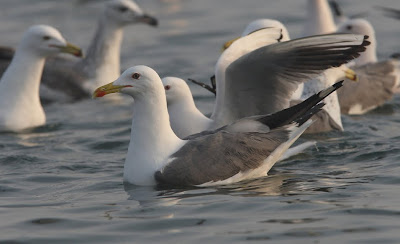 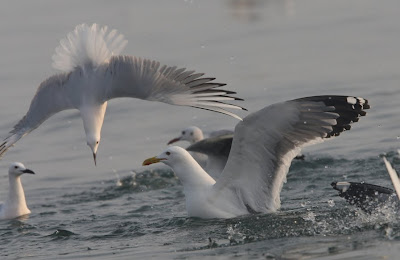 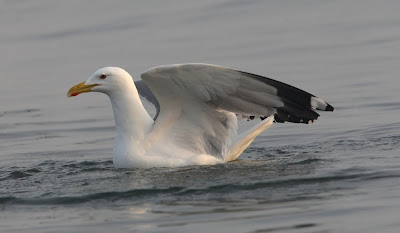 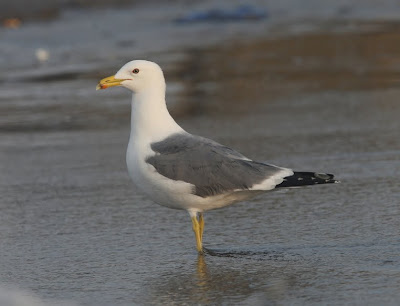 And just to end with, here is a rather more compact, short-billed individual.
Posted by Chris Gibbins at 05:32 1 comment: