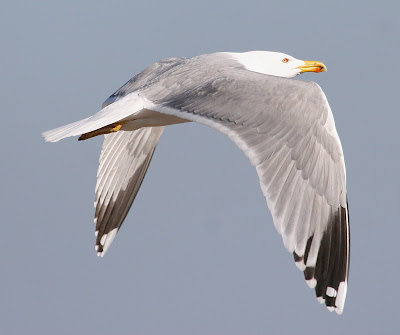 I was looking through some old images yesterday and came across this bird from Spain (Ebro Delta, Catalonia) from 2006. The image above shows a very unusual pattern for YLG - no black on P5 combined with a wholly white tip to P10. It also has rather limited black on P6. So overall it appears to have lots of white and little black in the wing tip. However, as can be seen in the image below, it has a more normal pattern on P5 and 6 on the left wing. Of course asymmetrical primary patterns are not so unusual in large gulls, but the asymmetry tends to be subtle - this bird is rather extreme, with no black at all on P5 on one wing and a normal amount on the other. 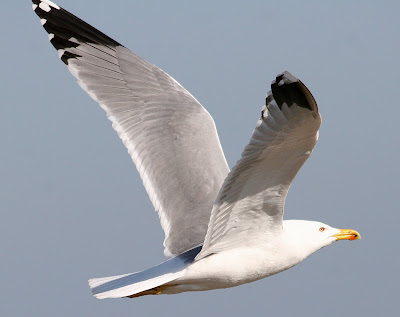 Posted by Chris Gibbins at 23:15 No comments: