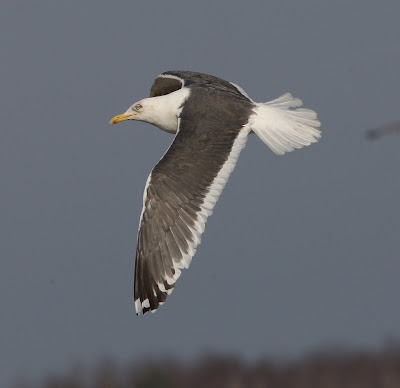 We (Paul Hackett and myself) found this bird around 0930 hrs on Monday 13 April at Riga dump. We saw it intermittently during the day, until it flew off towards the nearby bathing pools around 1630 hrs. It was seen again by several local birders and Annika Forsten on Tuesday 14th, until at least 1700 hrs. I assume it is most likely the Lithuanian bird seen earlier in the winter but have not yet compared the two in detail. 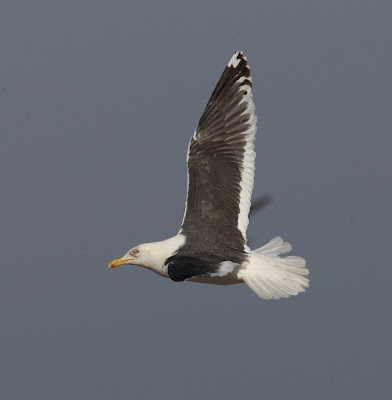 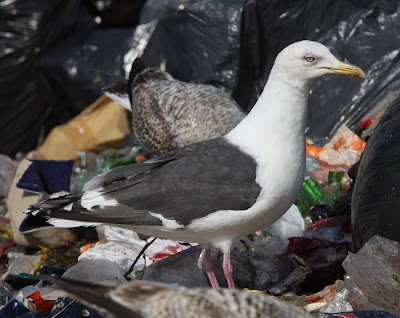 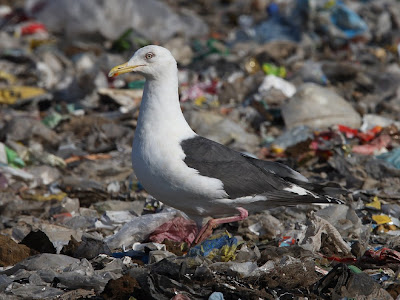 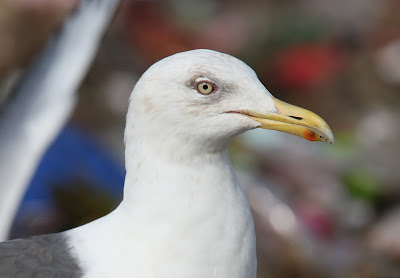 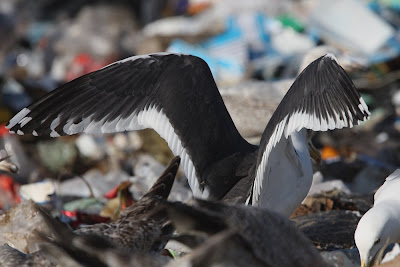 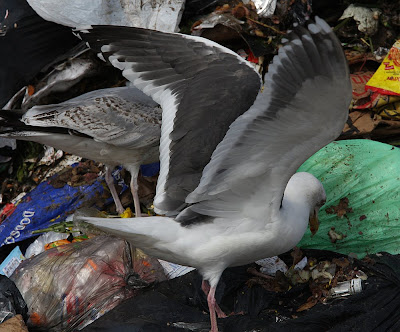 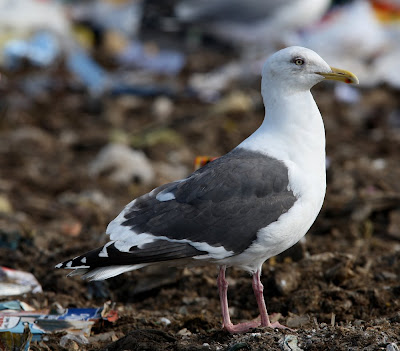 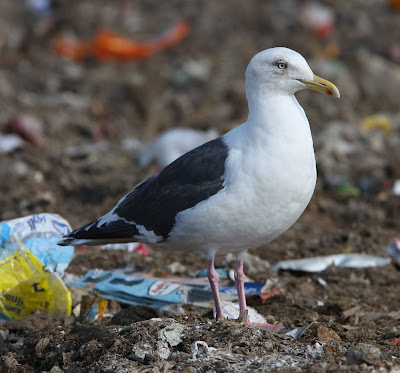 Hello Chris!
Greetings regarding an impressive find at Riga dump!
I am a person who have found the Slaty-backed Gull last November in Lithuania and have quite big interest to trace is it the same bird :) I also made photos of this gull at our dump and now compared a size of some body details from your and my pictures. The shape of bill (the ratio of bill length and bill depth) is 1:1 both Lithuanian and Latvian SBG. I have got more less the same result after checking of ratio between length of tarsus and distance from tip of bill to eye. The biggest surprise I have found today when you published new pictures showing the left side of bird. The Latvian SBG have the same diagonal trace (“line”) under and in the front of left eye like the Lithuanian SBG! I must say that no similar trace on the right side of both gulls. It would pointing that both birds are the same individual. Just only one query – a picture of lower mandible… The Latvian SBG is showing blackish spot over orange spot while the Lithuanian SBG has dark spot strictly behind of orange. Of course I don’t know how important is this detail. From my personal experience, for example, I discovered that Larus marinus (wearing Swedish ring) some autumns came back to “my” site and I have recognized it easily from the picture of bill.
I hope to find in Internet your e-mail address and send you some pictures made by myself of the Lithuanian SBG.
Best wishes from Baltic coast!

Great blog, Gulls are brill aren't they. keep it up, one of the best blogs i've seen.

Bill markings is of no direct value - but bill shape migh be, which I find very similar in shape.

Ironicly, I forgot to express the key meaning to my message, the Latvian and Lithuanian SBG is imo one and the same.