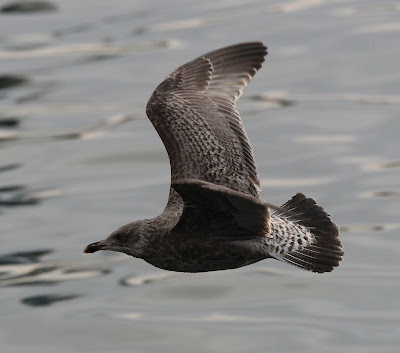 The was by far the most interesting bird of the weekend - a 2w Herring Gull with a tail pattern extremely like an American Herring Gull L. smithsonianus. The rump and ventral barring however were not as one would ideally like on a smithsonianus (i.e. not dense enough for a bird on this side of the Atlantic); also, the feather patterns on the wing coverts and scapulars were not like the most distinctive (identifiable) type of smithsonianus and the body plumage, though nice and dark, was too blotchy. Nonetheless, an interesting bird. 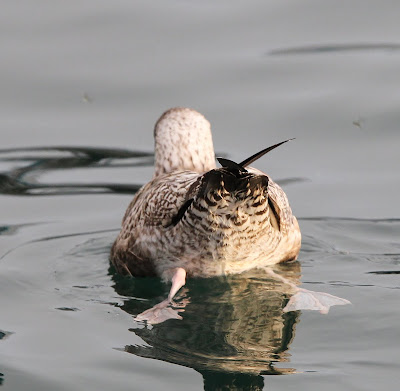 Same bird as above. 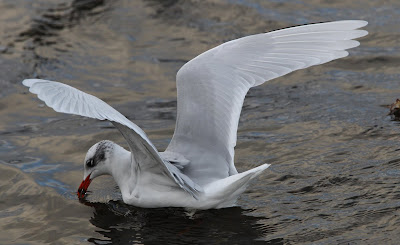 Med Gull, Cairnbulg. Still a scare bird up here; this is one of the semi-resident birds which frequent the Frazerburgh area. 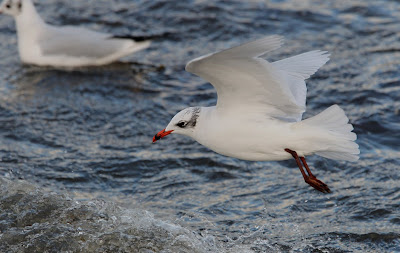 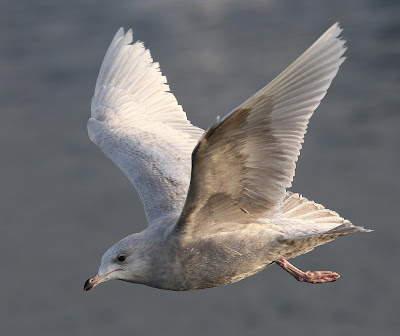 Both Iceland Gulls were present at Peterhead again over the weekend. This sequence of photos shows the paler of the two. 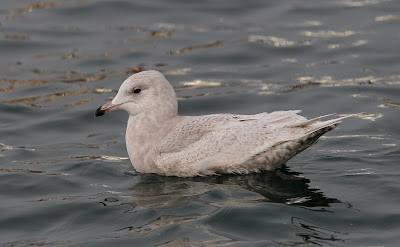 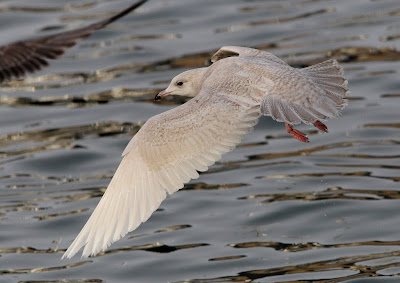 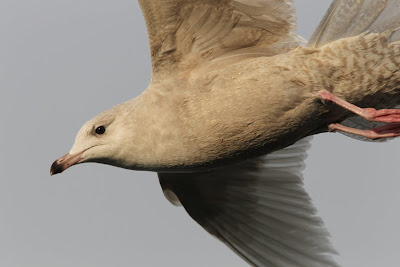 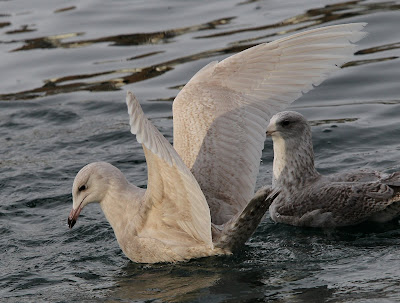 I am Joseph Nichols, a young birder based in Aberdeen - I have met you once before at Peterhead earlier this year. I have come across your blog through ABZ Rare Birds, and I must say it's a fantastic resource, with some great information and very good photography as well.

I am hoping to get out and do some birding soon, and through reading your reports on your blog and ABZ of Iceland Gull and Med Gull sightings, I am tempted to go up to the Peterhead/Cairnbulg area. I was wondering, out of interest, how do you get so close to the gulls? I would love to get close shots like that myself, and any advice on how to do this would be much appreciated.

I was also wondering about the Med Gulls at Cairnbulg/Fraserburgh. Would you be able to give me an idea of where I'd most likely see one in that area? Is there any particular place I would have to go if I wanted to see them? Any information on this would also be greatly welcomed.

Thank you very much, I am looking forward to reading more of your posts.

Hi Joseph. Thanks for your kind words on my blog.

Regarding Med Gulls. For the last 3years or so, 2-3 birds seem to have taken up residence in the area centred on Frazerburgh. They can be encountered anywhere along the coastline from Cairnbulg to Rosehearty, but the most regular spot seems to be the Phingask shore, just west of Frazerburgh. The road skirts the shoreline for 1 km or so here and so it is easy to check the birds. There is a small stream thet seems to carry water from the fish processing factory here and this often has a group of birds where it discharges to the sea. Often you will also see a bird sitting in Sandhaven harbour.

Most trips to the Phingask shore produce at least 1 Med.

Regarding getting close for pics. Well, no great tricks here - it is simply patience and lots of bread. At Peterhead the birds come close when feeding around the trawlers and also will come in immediately if you throw out bread. So it is very easy to get pics, if you hand around long enough. The Med pics were taken from the car so the birds were unconcerned by my presence; actually these were the first OK pics ive managed to get of Med in the region, hence why i thought it worthwhile putting them on the blog.

maybe see you up there this weekend.

Thank you very much for all the information regarding the Med Gulls and how to get close pics of both species. I wasn't aware of the presence of the Med Gulls in the Fraserburgh area, and your information will act as a very valuable resource in the future - I am not completely sure if I'll be able to check for them this weekend but certainly in the future.

As for getting close to the Iceland Gulls, I'll make sure that I bring a substantial amount of bread with me in the event of me coming across them!

Thank you very much, your help is much appreciated and is of great value. Could well see you up there this weekend.