Herring Gulls: some examples of variability 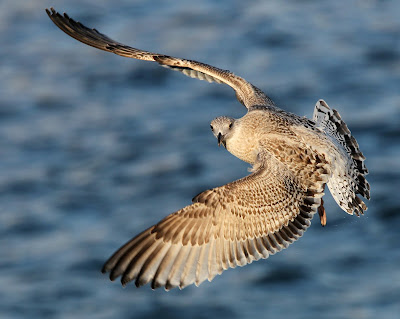 This post illustrates some of the variability in 1w Herrings that it is possible to see in a single day in NE Scotland. We have a mix of argentatus and argenteus at this time of year, with the latter breeding locally. Shown above is a rather pale bird, with a very white ground colour to the tail 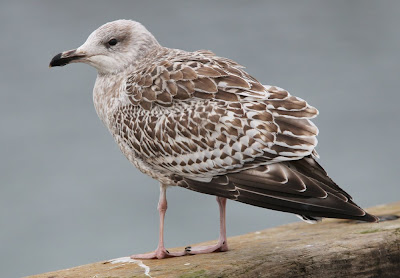 A beautiful fresh looking bird that has retained all but a few first generation scapulars. 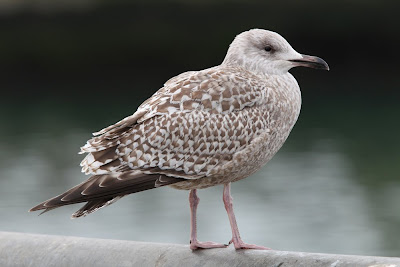 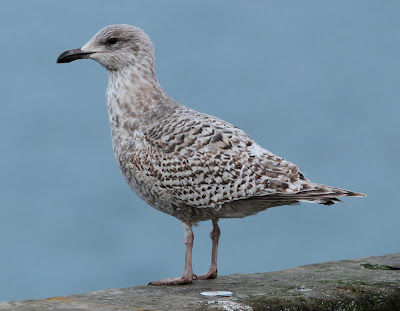 It is not too unusual to see bird with such pale primaries. 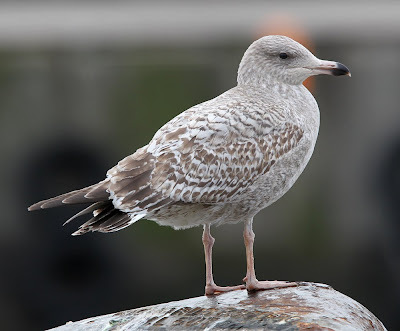 A bird with a very sooty body 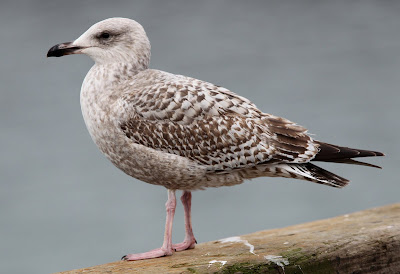 A rather typical argenteus bird. 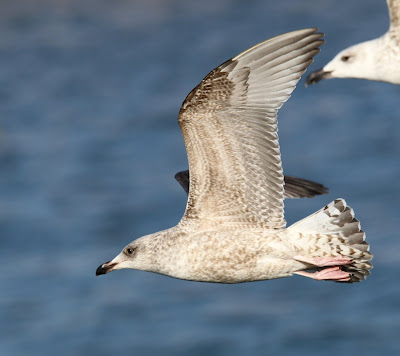 A paler-end and rather contrasting underwing. 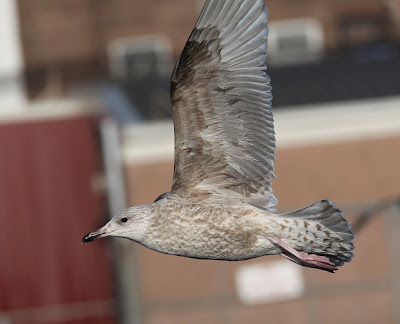 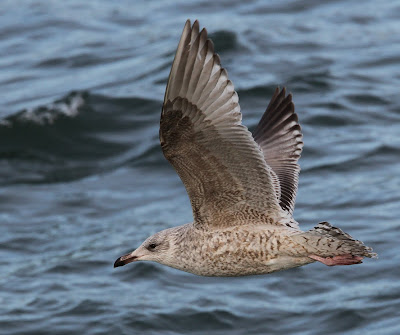 A rather typical Herring Gull underwing 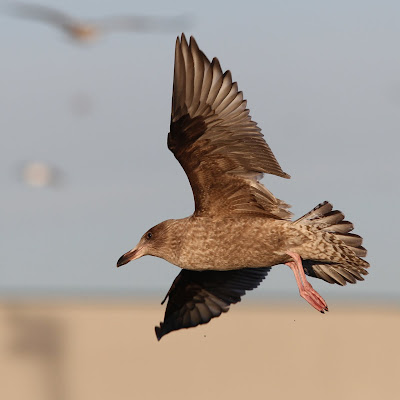 A very dark and uniform underwing. I had (perhaps foolishly) hoped that there might be some consistent differences in the underwing between Herring and Vega Gulls of this age, but the variability of the former, as illustrated by these birds, rather limits the value of any 'average' differences. 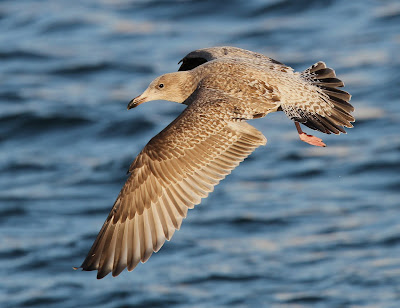 The same dark bird as shown above, showings its rather well marked upper tail coverts and deep tail band.
Posted by Chris Gibbins at 22:14

For 1 day that's a lot of variation. The darker bird would certainly have had me interested. Top quality pics as ever - what kit do you use these days? Baz

Hi Baz. Yep, the variability is pretty scary. Not sure exactly (insufficient ring recoveries) but it seems to me that we must get winterers here from a large area - from Scandinavia, the eastern Baltic, and likely also Faroes and Iceland. This might help explain some of the variability; actually i think L.a.argentatus as a taxon needs some revision, as it encompasses a lot of statially structured variability - personally, i dont think eastern baltic 'argentatus' are anything like N Norwegian ones, yet they are all currently lumped as 'Northern/Scandinavian' HG. But that is a personal rant....

The kit I used for these pics is a Canon EOS 1D mk IV, attached to a canon 300 mm f2.8. lens. This combo is perfect for gulls i think. I mostly use it with a 1.4 x converter. Ive had the lens a few years now, and was lucky to get it before the recent price increase...