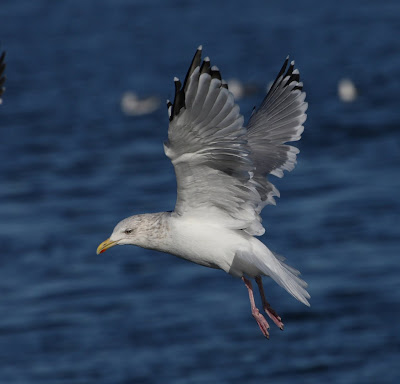 This post hopefully gives a sense of the wing tip pattern of Vega Gull. All photos were taken at Choshi, Japan, between 27 Dec 2009 and 4 Jan 2010. It is notable that a significant proportion of birds had yet to complete primary moult; this is appreciably later than argentatus Herring Gull (yesterday in NE Scotland I only saw 1 bird from approx 200 'argies' that had yet to complete primary moult). This moult difference may not be useful in a vagrant context, but is interesting nonetheless. Things to note on this sample of Vega include the pattern on P5 (ranging from no black to a full black band), the presence of black on P4 on some birds, and variation in the pattern on P10 (pattern of black and white at the tip, and the presence or otherwise of a pale tongue on the underside). Some data showing the extent of black in the primaries of Vega Gull (relative to mongolicus) and examples of various P10 patterns are presented below. These data were originally published in an article on Surfbirds, an article based on a trip I made to Choshi in February 2003 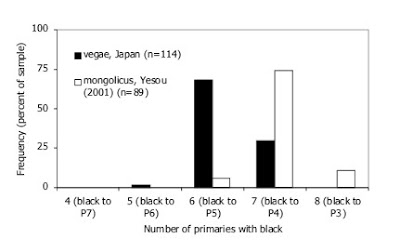 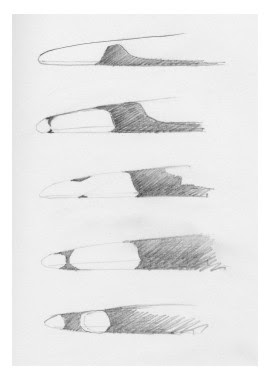 Fig 2. Sketches showing the range of P10 patterns in Vega, ranging from maximum (top) to minimum (bottom) amount of white. The botton two are the most frequent patterns. 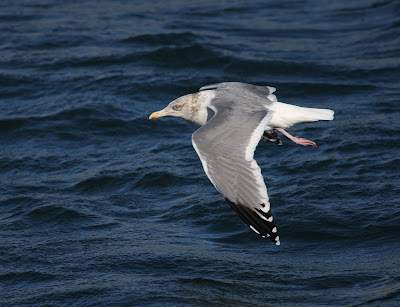 This individual is extreme, in having limited black (e.g. nothing on P5) and much white (long white tip to P10) 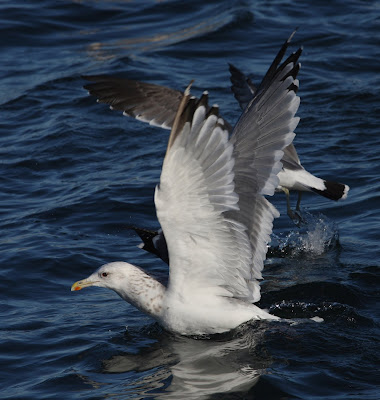 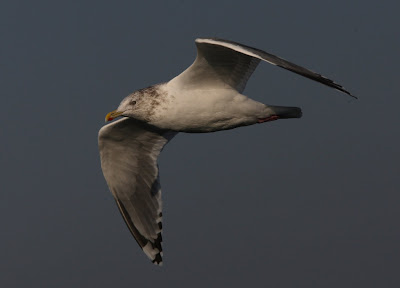 Note the P10 tongue, rather like cachinnans or L.a. argentatus. This seems rare in Vega, but as this birds shows, some have long P10 tongues. 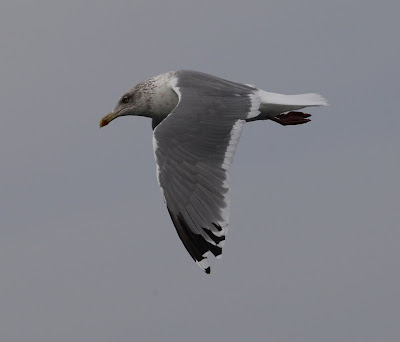 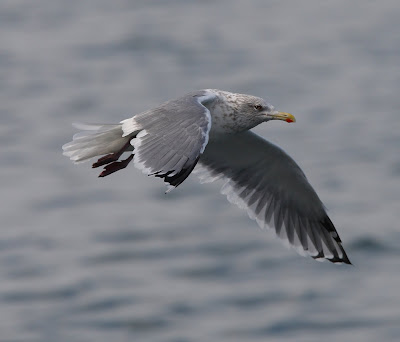 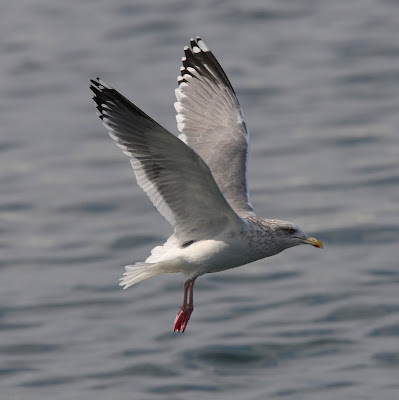 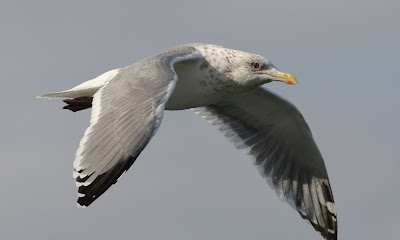 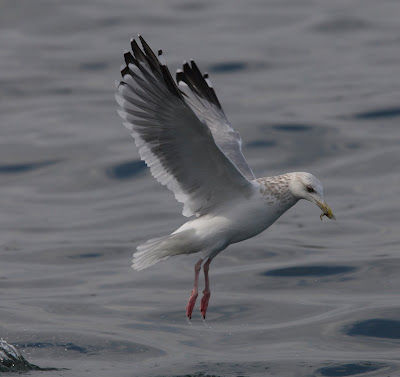 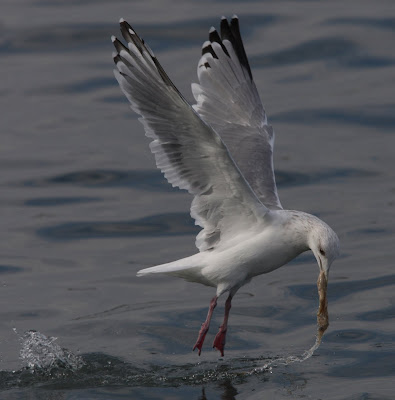 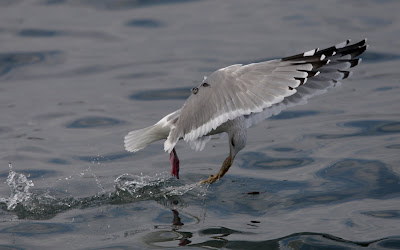 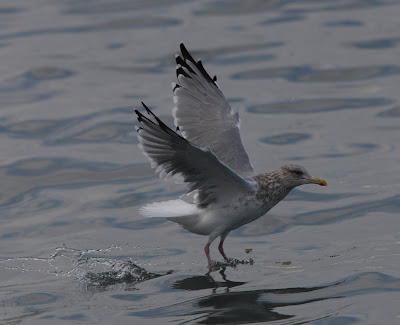 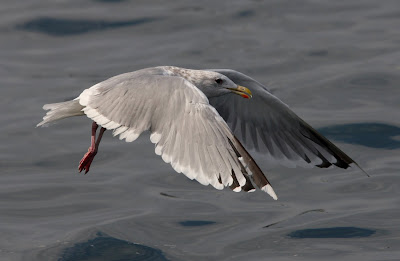 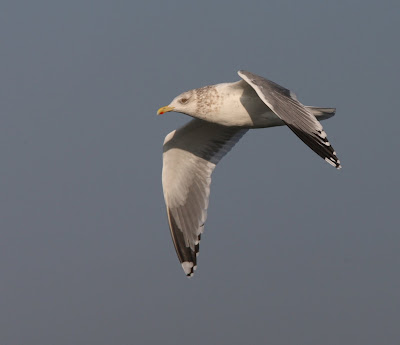 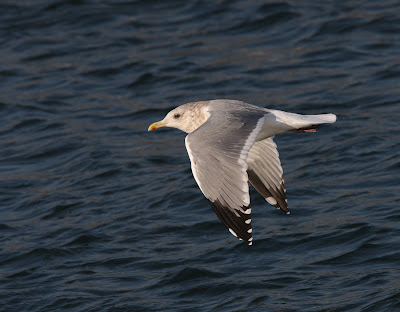 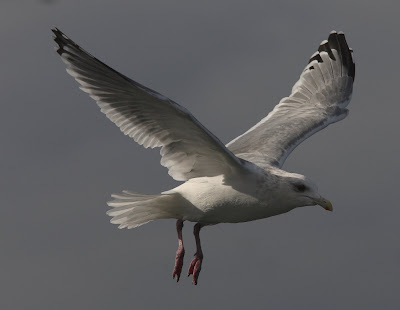 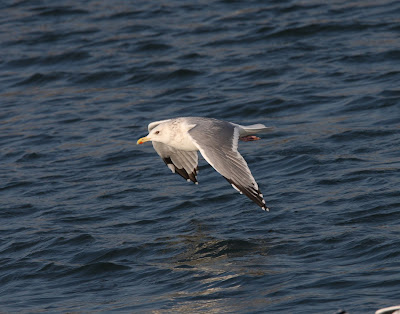 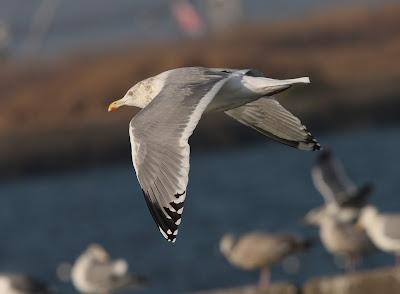 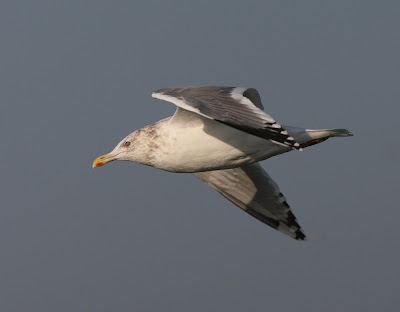 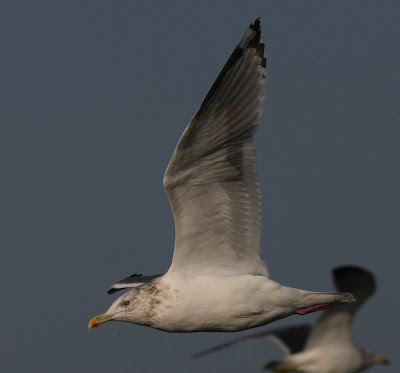 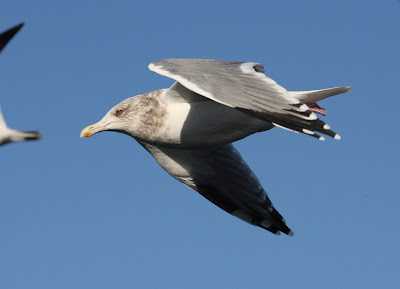 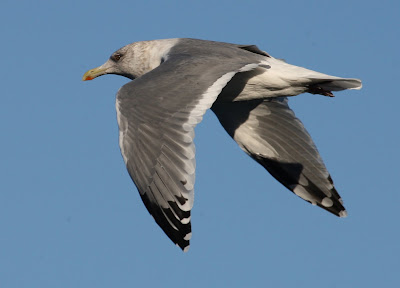 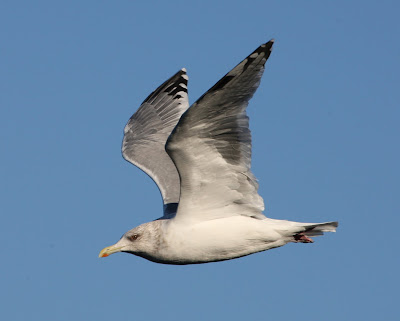 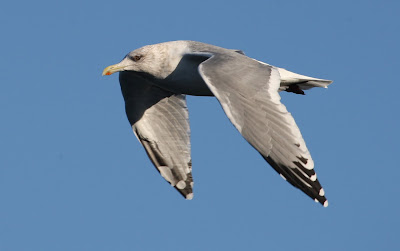 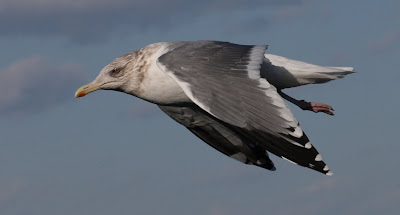 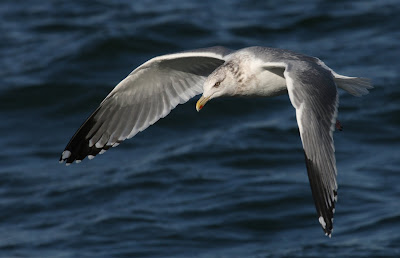