Owls and Caspian Gulls in Latvia

I spent 4-8 February birding in Latvia, with Paul Baxter, Hywel Maggs and Phil Crockett. We spent time in the forests around Riga looking for woodpeckers, but also managed to catch up with a Hawk Owl that had been around for a week or so (130 km SE of Riga) and a Ural Owl that was frequenting a city centre park in Riga. And of course we also had a day on Riga dump, looking at Caspian Gulls. 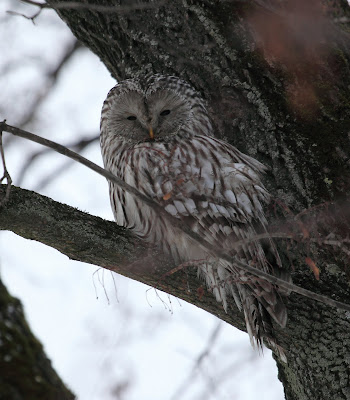 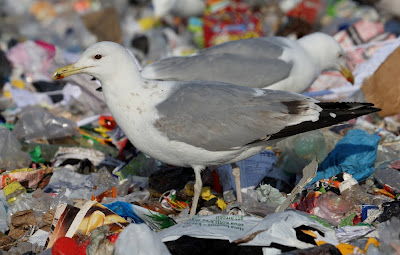 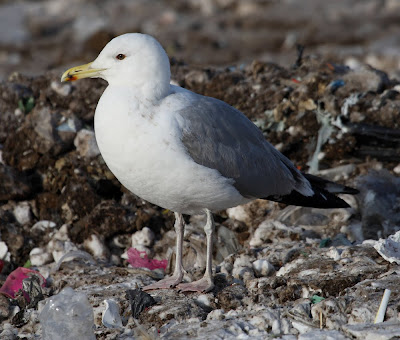 Caspian Gull; same bird as above 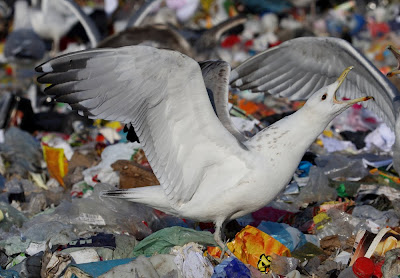 Caspian Gull; same bird as above, long-calling in the classic albatross posture 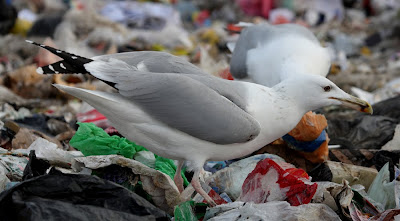 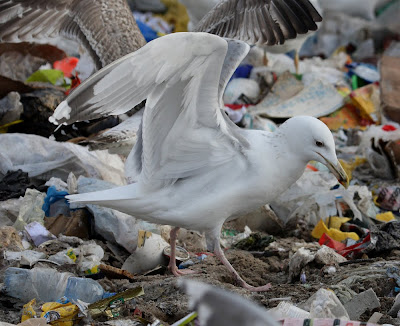 Caspian Gull. Same bird as above. The bill colouration, rather short P10 tongue and black across the tip of P10 suggest that this bird is not fully mature. 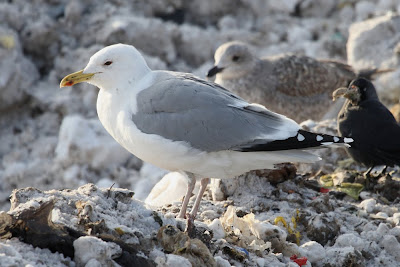 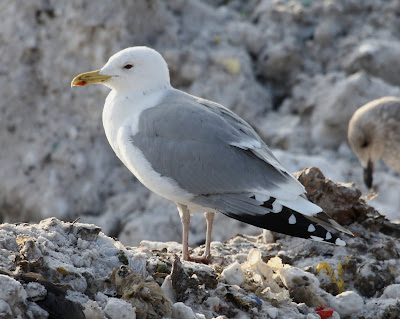 Caspian Gull; same bird as above. This bird has some black in the primary coverts, just visible here. Also note that the black extends inwards as far as P4. 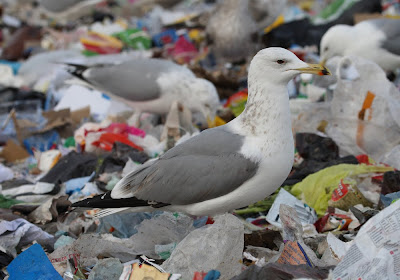 Presumed Caspian Gull. This 3w bird called like a cachinnans, but one or two things concern me a little. Its bill is rather bright and, especially visible in the image below, bulges at the gonys; it also has rather a lot of neck streaking. Collectively, these features make it a less than typical bird. If I was in UAE, without the call I would just take this to be a barabensis. 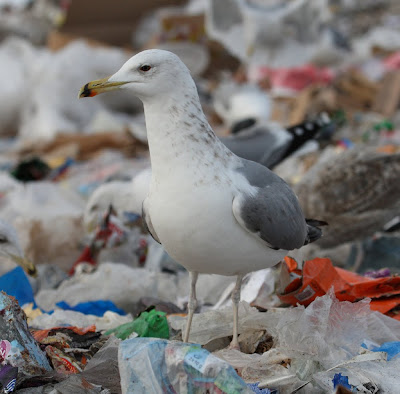 Presumed Caspian Gull; same bird as above
Posted by Chris Gibbins at 22:29