Kumlien's, Iceland and Glaucous: once in a lifetime? 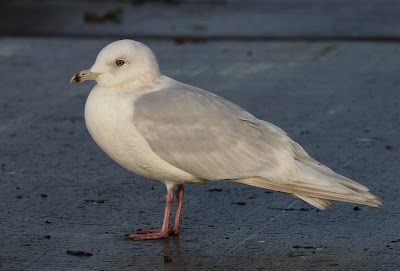 The weekend of 28 and 29 January was truly memorable - perhaps even a once in a lifetime experience as far as white-winged gulls are concerned. This post shows a selection of images taken over the weekend. The image above shows the 3w Kumlien's from Fraserburgh. 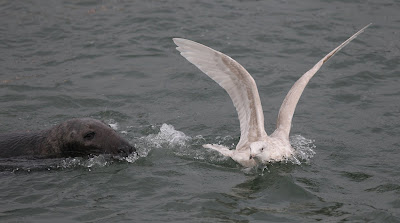 This Glaucous got something of a shock when a seal surfaced next to it. 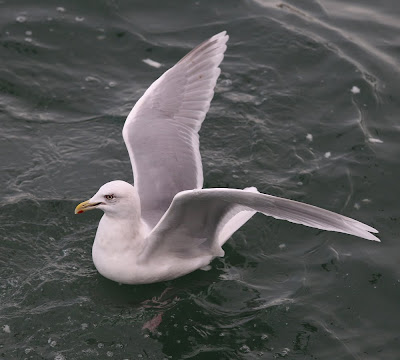 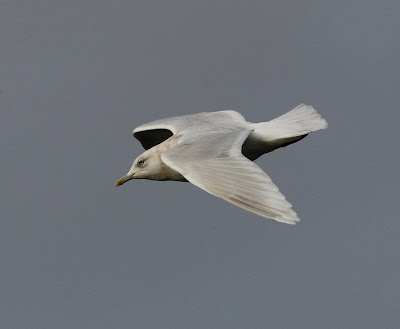 Yet another Kumliens - all the kums present at the weekend have been around for at least a week now. 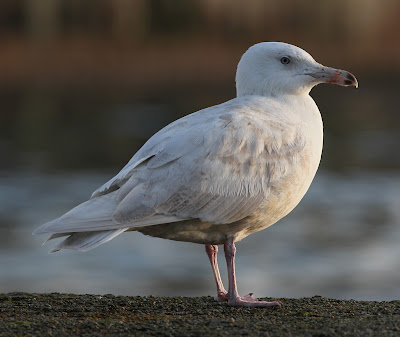 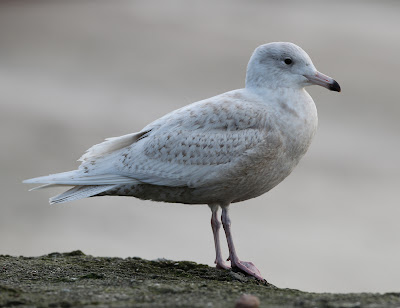 Another one of the Glaucs 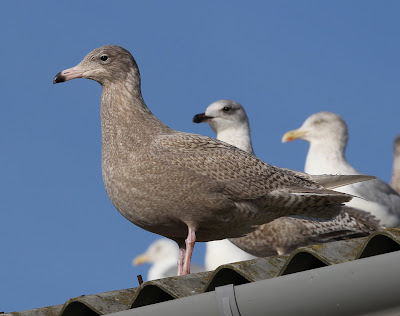 A Glaucous from Fraserburgh 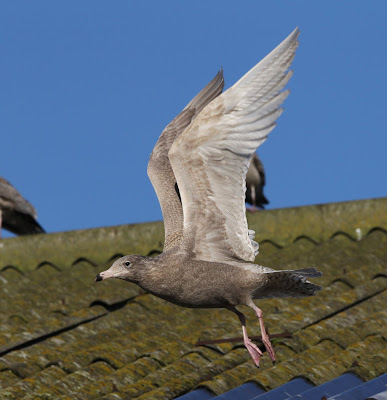 Same bird as above... 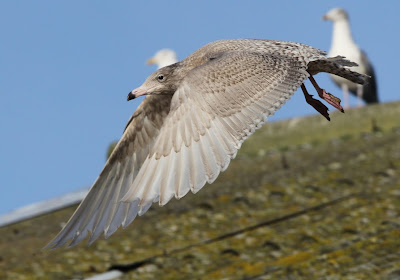 ... and the next in the sequence 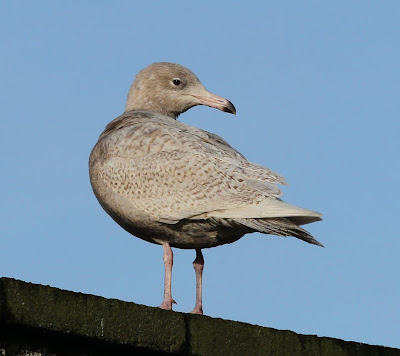 A second 1w Glaucous from Fraserburgh 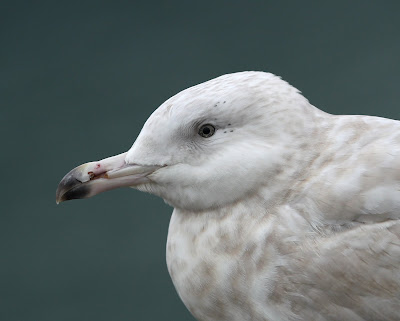 2w Glaucous, Peterhead. Note the damage to its bill; it's a rough life being a gull. 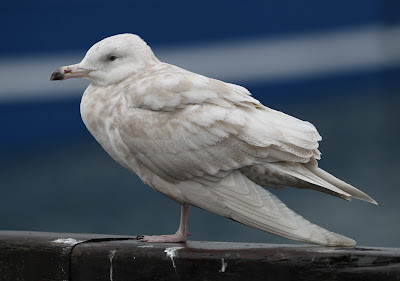 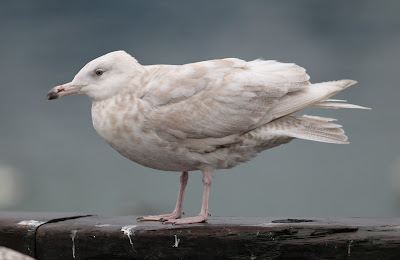 And the same bird again 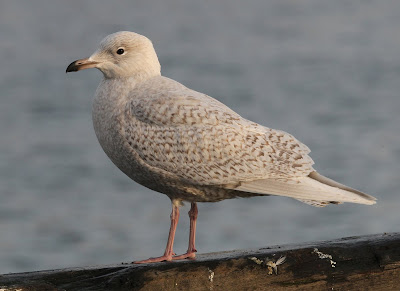 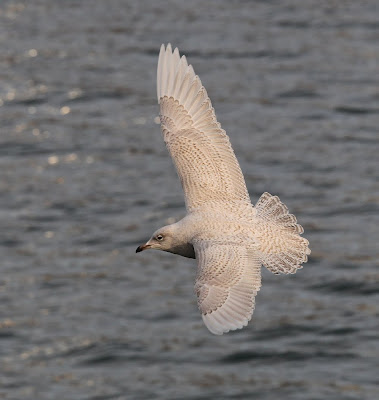 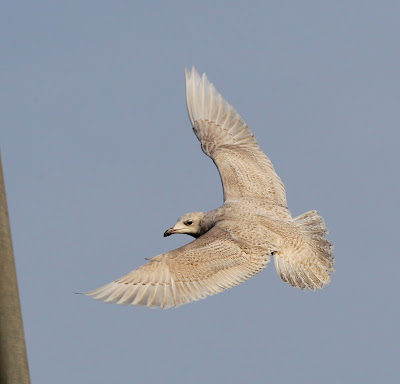 A 1w Iceland from Fraserburgh 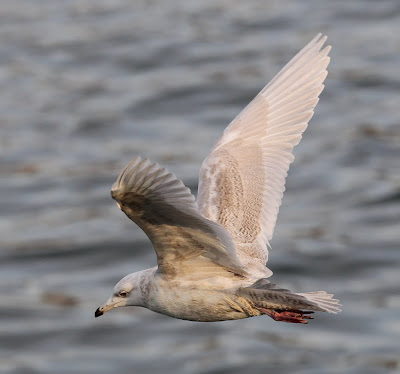 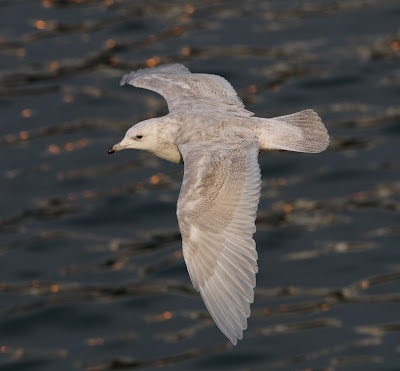 The same 2w Iceland as above 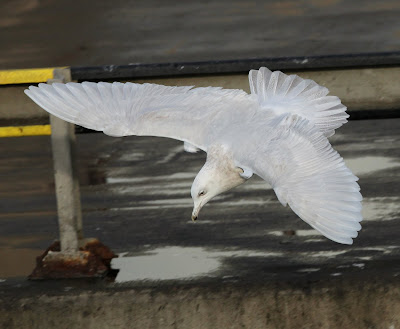 An Iceland from Peterhead 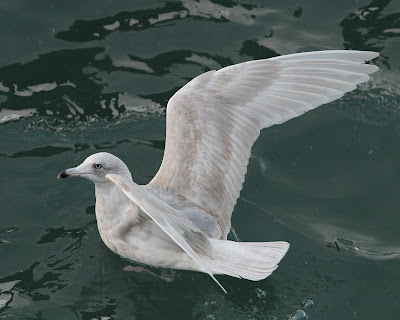 A second winter Iceland - lots of pigmentation in its primaries, but the pattern of this is all wrong for a typical Kumlien's 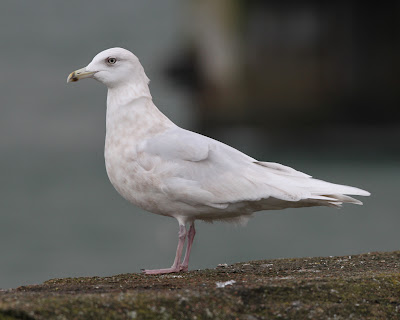