Shades of pale: another Kumlien's, plus lots more Glaucous and Iceland Gulls 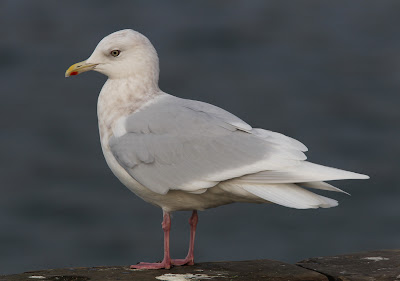 Another superb weekend of gulling. All day Saturday and all day Sunday at Peterhead and Fraserburgh produced 19 white winged gulls - 8 Glaucous, 10 Iceland and a new Kumlien's. The total is remarkably similar to the number of loaves of bread used getting these photos... 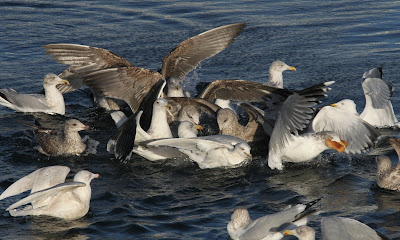 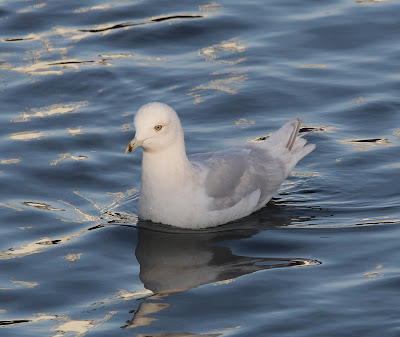 3w Kumlien's, found by Paul Baxter and myself on saturday. A real beauty 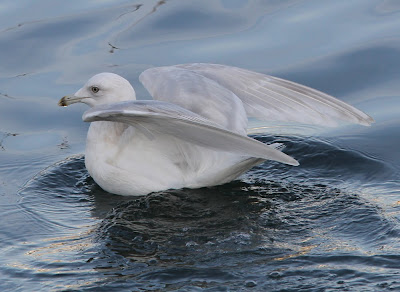 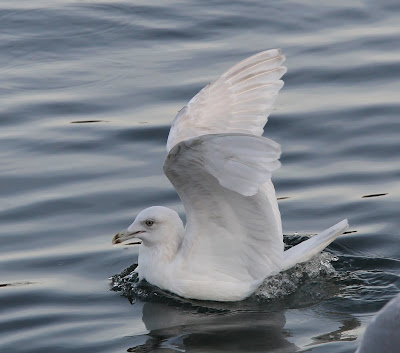 The pattern is beginning to 'ghost' that shown by ads, with a large mirror on p10 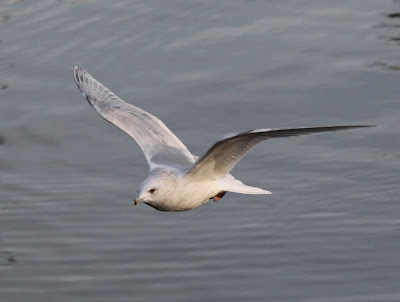 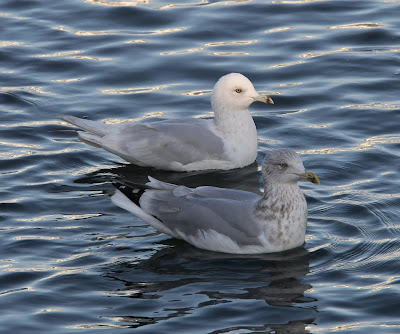 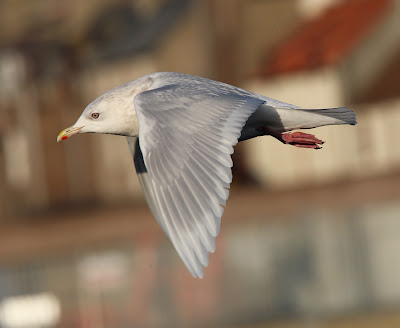 The kumlien's was supported by a cast of Iceland and Glaucous, including this lovely ad Iceland 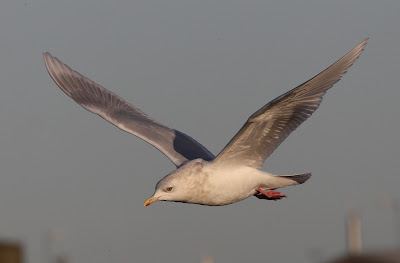 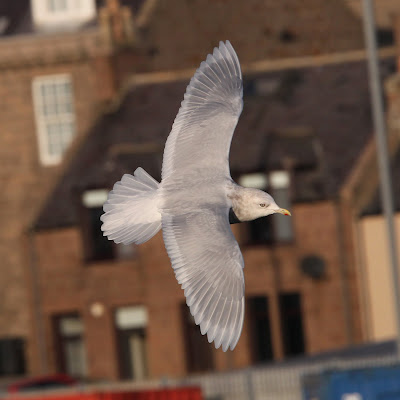 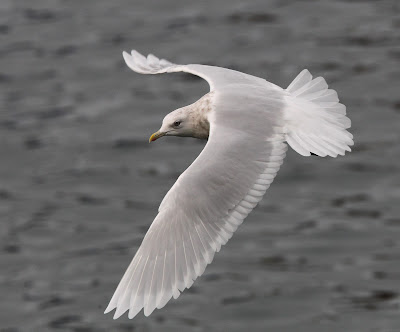 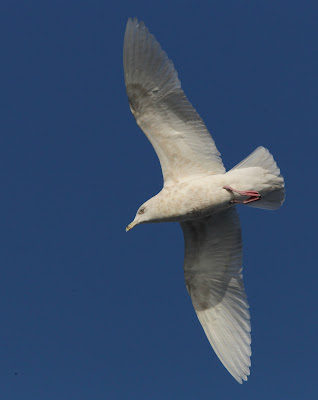 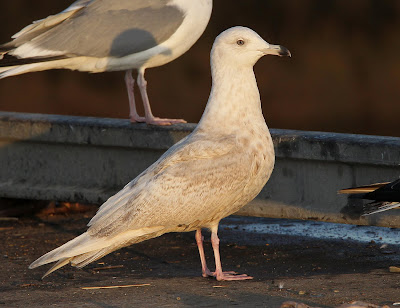 2w Iceland - a darkish bird with some stippling in primaries 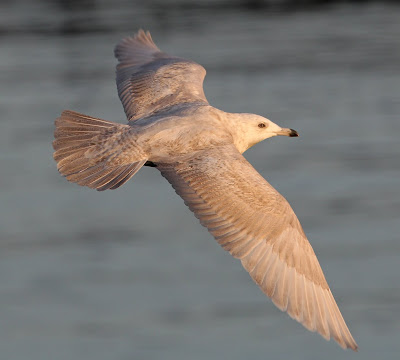 2w Iceland - the same bird as above. Although stippled, the pattern of pale and dark in the primaries is all wrong for kum's. 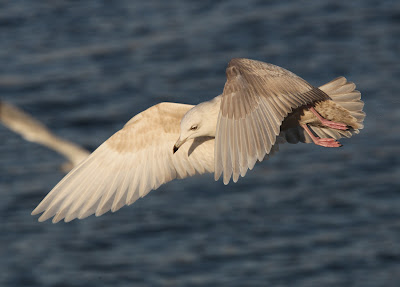 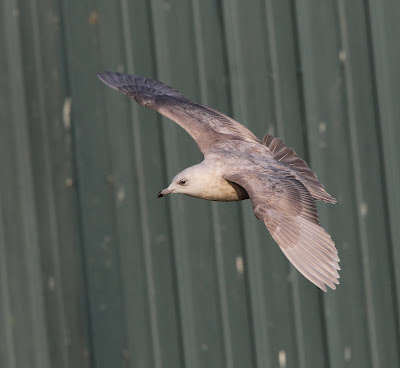 a different dark Iceland - this one from peterhead. Again, though dark, the pattern in the primaries is not correct for identifiable kums. 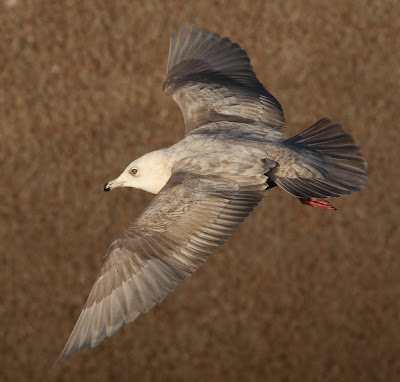 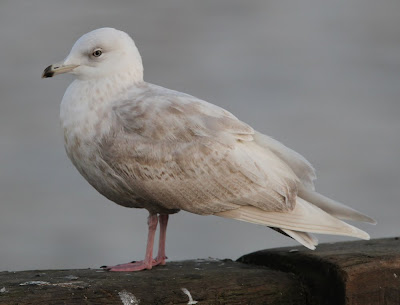 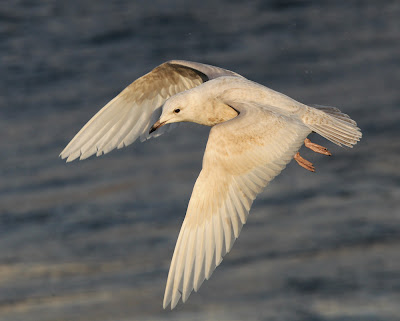 1w Iceland. The paler of the two 1w birds present at Peterhead 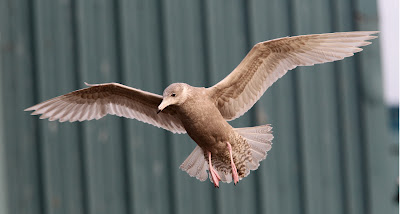 1w Glaucous - this one has been around for a week 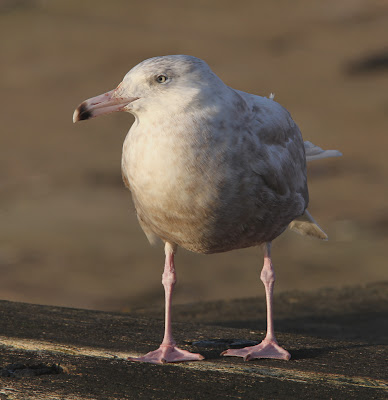 2w Glaucous - another bird that has been around for a while 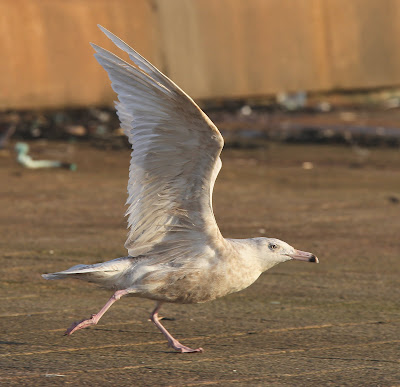 2 w Glaucous - the same bird as above.

Fabulous light on some great birds - safe to say you've got gull photography down a fine art! That dark-looking 2w would certainly have got my attention. We've had a very pale 2w down here recently with almost wholly white wings.
PS. Many thanks for the contents of my parcel - very much appreciated :)

Hi Baz. Ggreat - glad the parcel arrived! All tripe, but at least the pics are good:)